What do you want me to do for you appears in two different stories, from the mouth of Jesus, back to back in Mark 10… must mean something, eh?

I am always impressed when I read the Gospels at the tenacity of people who surrounded Jesus.

It seems like wherever He went there were great crowds, but in the midst of those crowds there was “the individual” who did whatever it took to get near the Savior.

What about Zacchaeus, you know, the wee little man. He was vertically challenged, so, in the midst of the crowd he ran ahead triangulating Jesus’ position, scurried up a tree and got a penthouse view of the parade. 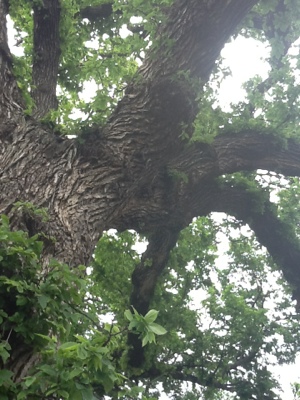 Zach was allover it! Jesus rewarded Zach by calling him by name and inviting Himself to his home. Quite a day.

Then you have the four friends. These guys were over-the-top. Literally.

They had a friend desperately in need of a healing, and when Jesus was tucked away neatly inside a house and insulated by thronging crowds of people they did not let it deter them.

Up on the rooftop disciples pawed and down they lowered their friend to God… any similarity to a cheesy Christmas song is completely coincidental.

What a site that must’ve been! Jesus is teaching, the disciples are hanging out, all of a sudden a sunroof appears and down comes this completely helpless man being lowered by four of the most incredibly energetic friends you can imagine.

Sins were forgiven, health was restored, religious people were ticked, and one homeowner was busy filing an insurance claim. I’m sure it was amazing.

As a religious leader in his own right it must’ve been humiliating to realize that you had to go to another teacher to have your prayers answered. But he was desperate for the life of his daughter which was ebbing away just over the hill at home.

He finds Jesus in the crowd and in full public view falls to his knees and begs for this renegade outcast teacher to come into this preacher’s established and traditional ministry and do what Jesus does… bring the healing.

A short walk later, a funeral crowd sent home, some gentle words said at the bedside of the 12-year-old now corpse and Jesus gave this little girl back to her daddy.

Talk about a revival meeting! Whatever Jairus lost, it was worth the price.

In the midst of that same story there was the old woman with the issue of bleeding. For 12 years she had suffered, been labeled unclean and had to avoid human contact.

She had tried everything she could, she’d given all she had and she kept getting worse. But, then she heard about this healer and risked it all.

Downcast face to the ground, making sure no one recognized her and shunned her away, she reached for the teacher in the pressing masses only touching the fringe of this robe.

And immediately, though no one else knew, she realized in her body… the nightmare was over. The most descriptive theological term for this moment I can come up with is simply ‘booyah’!

The similarity in all of the stories might be hard to see.

It’s not in the need of the one to be healed, or forgiven, or secured.

It’s not in the timing or the approach that they each had with Jesus.

The common bond between each of these is the incredible energy that the healed expended in finding the Healer.

Running ahead and climbing a tree just to catch a glimpse. Breaking and entering, vandalism and risk taking all for a chance of a face-to-face encounter. Loss of reputation, putting your career in jeopardy and humiliating yourself in public. Going for broke and believing that just a little of Him is worth more than anything you already have.

I guess the question I have for each of us is simple: Do we ever really press through the crowds to get to Jesus? Do we risk anything for a moment with the Savior?

We sacrifice very little, we’re willing to endure almost nothing, and yet we have a sense of entitlement that God should meet me where we are, He should make Church attendance convenient, make Bible study easy, and allow prayer to be a one-sided conversation that turns into our personal wish list.

Basically, we assume we should be spoon fed our faith. Like we’re somehow doing God a favor by believing in Him, so, He must owe us.

Let’s be honest, for most of us we Church shop until we find one with a preacher we like, the music were entertained by, and an atmosphere that makes us comfortable… Oh yeah and don’t forget air-conditioning.

The next time you’re really in need of an answered prayer, a healing, or a miracle from God please remember the stories that we’ve reviewed here. It’s worth it to be inconvenienced for the sake of gathering an audience with the God of the universe.

You may have to fight the crowded schedule, climate a tree of opposition, humble yourself before family and friends, or just be willing to take what you can get as you reach out for the fringe of his robe.

I guarantee you, it’ll be worth everything you put into it.

Mark 5:27 “She had heard about Jesus, so she came up behind him through the crowd and touched his robe…”

I wrote this article for the Hutch News and was published today. They usually provide a web copy on their site, so, I don’t double post.

But, it looks like there is no web version this time, so…

Enjoy and let me know what you think:

When is the hardest thing in the world to do, the best choice to make?

You don’t have to be a church attendee to have this pounded into you; Dr Phil or Oprah get the job done there. Forgiveness restores relationships, brings peace amid conflict and changes the face of everything from family to politics.

While forgiveness is hard, it is exponentially amplified when you, the victim, had little to no part in the initial hurt:

That’s what makes verses like this so very hard: Bear with each other and forgive whatever grievances you may have against one another. Forgive as the Lord forgave you (Colossians 3:13).

Forgiving as Christ forgave means unconditional, undeserved, unrestrained forgiveness of those who hurt us most. There’s no call for confession, no sign of regret. Christ forgave us while we were still sinners, and He asks us to do the same.

I believe this particular theological principle is called “NoWayishJoseish” in most of our personal doctrines.

Friends and family won’t let us forget the hurt, little things like songs and calendar dates stir up the pain, and we’ve become so comfortable with the misery we really wouldn’t know what to do without it.

So, we just live with the turmoil and convince ourselves its just the way it is. We continue to make regular visits to the temples and shrines of our distress where we worship what we hate.

But, what if God gave us this incredibly difficult command to forgive, not only to fix others, but to restore the forgiver?

Imagine walking a hiking trail with some friends and you suddenly feel a stinging on your calf and hear the terrifying sound of a rattle rustling back into the bushes.

Your friends sprint into emergency mode, “We have to get you to a hospital!”

“I wasn’t doing anything wrong. I was on the path, right where I should be. I have been wronged! That snake was way out of line, and I am completely right. I refuse to leave this spot until that snake comes back and apologizes!”

That snake is not coming back. And, you have to get the poison out of your system.

One of the benefits of forgiveness is that it releases you from the pain, the anger, the past and the poison.

It’s the hardest work you’ve ever done, but sometimes it’s the only way. Don’t forget, when you forgive the deepest wounds, it’s never one and done.

That kind of forgiveness requires multiple applications, but it’s worth it. This is your life we’re talking about!

That snake is not coming back, but we still have to get the poison out of your system.