Well, at least happy George Washington’s birthday, if you believe in that kind of thing.

I guess that might sound a bit odd. I mean who doesn’t believe in birthdays? Even if you don’t celebrate them, you have to believe in them. Unless we all live in the matrix and just woke up this morning collectively when the system got rebooted.

But let’s not get that weird. Let’s at least take one step back. 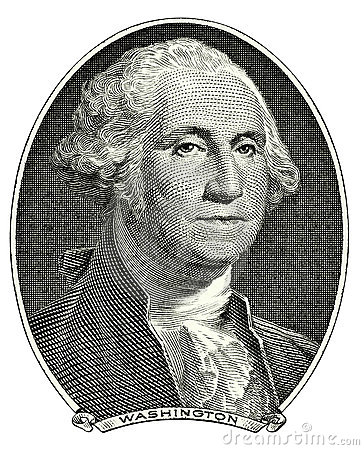 What’s not to believe about George Washington’s birthday? The answer is actually kind of simple and can be displayed with yet another question: “Why in the world do you believe in George Washington at all?”

Seriously? He’s on the one dollar bill, chopped down a cherry tree but could not tell a lie, and founded this great nation of ours. While some may argue they don’t like him, you’d be a little on the crazy side to claim that he never existed.

True, there’s no one alive today that ever met him, hung out with him or even saw him give a speech, but the evidence is overwhelming for his existence.

From what I understand there are more than 60,000 historical documents ranging from his personal diaries to governmental transcripts to letters between friends as evidence. We know a lot about who he was, what he liked and what he was trying to accomplish through all the documents he left behind. We even have his signature on a little document called the Declaration of Independence. It’s a pretty good read. On top of that, it’s pretty good evidence that he existed.

It’s also a pretty sure bet that old George was a real living Yankee doodle dandy just based on the archaeology. You can go to his house, sit in his chair and tour the grounds where he lived. Not to mention, there are countless artifacts and locations depicting his political and military background. You can’t do that for The Cat in the Hat since that lovable character was born in the mind of the great Dr. Seuss and lives only in the imaginations of children and adults today. But George… he actually walked and talked in the physical plane just like us. So, I can tell you where he lived, what he did and what he accomplished. On top of that, it’s pretty good evidence that he existed.

Probably the most fascinating evidence to support ol’ George’s realness is found in the results that he got. The Washington Monument stands strong and true as a beacon to anyone who visits Washington DC (oh yeah, then there’s that, Washington DC). As already mentioned, his portrait gracing the one dollar bill gives him a bit of contemporary familiarity. But, more importantly are the countless lives dedicated to the American dream, the voluminous amount of books detailing his history and the fact that today is a national holiday remembering his birthday. I’m pretty sure you’d be hard-pressed to find anyone in your neighborhood, whether they knew it or not, who was unaffected by George Washington. On top of that, it’s pretty good evidence that he existed.

So, maybe this is all pointless for you. Maybe you never asked yourself the question, “I wonder if George Washington ever really lived?”

Maybe your conspiracy indicator never got tripped, so, you never questioned if this whole American experiment was actually built upon a throne of lies conjured up by political radicals of the past manufacturing some stalwart idolized leader, fictitious and mythical, needed to coagulate the masses into the foundation of a new political system.

Maybe you think, you have to be a real loon to even go down that road.

Yet, I am baffled by the amazing amount of people who never question the existence of George Washington, but adamantly deny there is no evidence for Jesus

The historical documents are amazing! There are more than 20,000 copies of the Greek New Testament in hand written notation, and yet scholars praise the manuscript authenticity of Homer’s Iliad because it has almost 1000 original copies. Extra biblical documents exist from political powers to non-Christian historians that talk of Jesus and His followers as statements of fact and eyewitnesses to the accounts we see in Scripture. Additionally, the miraculous nature of the existence of these documents is exacerbated by the fact that Washingtonian era documents are a couple hundred years old, while Jesus documents are a couple thousand years old. On top of that, it’s pretty good evidence He existed.

Archaeological findings for Jesus and the teaching of the word are beyond speculation. Of the tens of thousands of archaeological digs pertaining to biblical era discoveries, there has never been a known contradiction of Scripture. In fact, there have been several cases in which scholars denied the historicity of Scripture only to make an archaeological discovery that undermined their beliefs and supported Scripture. And if you’re brave enough to make the trip, you can see many of the places and artifacts surrounding the Gospel stories and Acts with a trip to the Middle East from Jerusalem to modern Turkey to Rome. On top of that, it’s pretty good evidence He existed.

Beyond a shadow of a doubt, the most compelling evidence for the reality of Jesus is based on the results of His life. For 2000 years His church has endured persecution, emerged from its own corruption and touched every corner of the globe. Whether people misused His name, or sacrificed their own lives to the flame because of Him, there is no denying that Jesus Christ has been the most influential person to ever walk the face of the earth. From hospitals to universities, from extravagant cathedrals to neighborhood churches, and most importantly the billions (and that’s with a B) of lives changed testify to a real and living Savior they have encountered and experienced. It seems that of all the things which may be arguable there is one thing we know as a fact: Jesus’ life created results. On top of that, it’s pretty good evidence He existed

So, on the annual remembrance of the founder of our country I am thankful to live where I do and I am blessed by a country where I am free and safe. But, I am also reminded how confused the world is that would accept without pause the existence of a man they’ve never met and close the banks for a leader they’ve never even seen photographed, nor from which they’ve heard a sound bite.

Yet, denying those same evidences and procedure used for their faith in George Washington, they reject the Son of God; not because they have thought about it, but because they don’t want to believe in Him.

Still we must remember, this is exactly what the Word said would happened. Jesus would be rejected, He would be a stumbling block, and He would be considered foolishness. (Luke 9:22, 1 Corinthians 1:23)

From the very beginning, God warned us that His Son would not be accepted, and that should give us some peace. On top of that… it’s pretty good evidence He existed.