I was trying to think of an even more offensive title, but this is the best I could conjure. My apologies to all the pagans, just trying to rattle the cages of the Christians a little.

Why the cage rattling? Sometimes, we ‘Believers’ get so good at the rules we actually break them because we hold them too tightly.

One of the best things that has happened in the professional life of our church started a little more than a year ago. After a particularly stressful period of ministry I wrote a letter to our Personnel Team and got honest.

In a nut shell I shared that I did not need a raise, a plaque, a gift, or even a secretary (although, I will put those in order of importance for anyone handing them out). What I needed was some time off.

I had been preaching at CrossPoint for nearly 10 years. In that time, we had grown from a small neighborhood church to a thriving multi-site congregation with 10 campuses in nine communities.

During those years there a few years I had preached 50 out of 52 weeks in a year, and never less than 48. Add to that multiple services each weekend, mid week services and special events and I would preach in 40 days what the average pastor preaches in one year.

No whining here… I volunteered. I’m just outlining how exhaustion, apathy and stress were creeping onto my turf.

So, back to the letter to our Personnel Team. They responded with great compassion and action (whew!), and told me to take two weeks off immediately and plan for another six the following summer.

It was exciting, refreshing and beautiful even thinking about the break in the routine. I gladly accepted, but shared with them that I was looking for even more.

While a Sabbatical break was amazing, the thought of a break every 10 years was actually a little depressing (and that was assuming I would get another one in the next decade).

I was looking for hope on a regular basis, and I proposed that there were planned, excused and expected breaks throughout the year, every year for myself and all church staff.

When your workdays are Saturday and Sunday, there is no holiday weekend, no three day break, nothing. There are 52 Sundays a year even if the banks are closed, the schools are out, or it’s Christmas.

What we needed was a chance to be a normal family every now and then, to hit the road, go visit extended family, or do something amazing… like doing nothing. Not a full week off, that’s a vacation. Just the weekend, a day or two.

What I was asking for was a Sabbath. A day of rest, just like God instructed. You know, the day Christians set aside to mow the lawn, pay the bills, do home maintainance, and maybe cram in a church service… if there is time.

The Sabbath was intended to be a pause, a rest, a rejuvenation and rebuilding and God was so serious about it He modeled it and commanded it:

8 “Remember the Sabbath day, to keep it holy. 9 Six days you shall labor, and do all your work, 10 but the seventh day is a Sabbath to the Lord your God. On it you shall not do any work, you, or your son, or your daughter, your male servant, or your female servant, or your livestock, or the sojourner who is within your gates. 11 For in six days the Lord made heaven and earth, the sea, and all that is in them, and rested on the seventh day. Therefore the Lord blessed the Sabbath day and made it holy.

Obviously, God was serious about a Sabbath rest… even for those who ‘go to church’ to honor it and those who preach to others about it. We’re the one’s who don’t take it that seriously.

So, as a church we built in Sabbath weekends for our staff… beautiful.

As I write this, I am experiencing the Monday morning Sabbath Weekend afterglow. 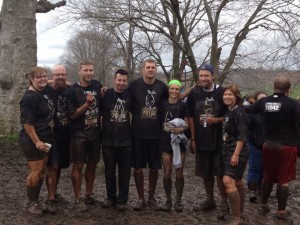 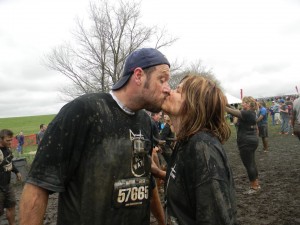 We went camping as a family. Kathy and I ran in the Warrior Dash with the rest of our small group. We ate smores and hung out with some of our favorite people at a late night campfire. We played cards with the boys. We slept in on a Sunday. We went to the late service at a church where no one had even heard of CrossPoint. One more time… beautiful.

As a man who is usually on the job on Sunday mornings, driving around during those hours is very revealing.

I saw people taking walks. There were bike riders everywhere. The parks were active. But, more than anything else, I saw many people sitting on lawn chairs in the shade, on the porch, and in the driveway.

These pagans really know how to party… er, ‘rest’ I mean. I know there was no Godly faithfulness in their activities. If there was any worship in their plans, it was a trip to services at St. Mattress to snore out a few choruses.

But, is it possible they are closer than we ‘Believers’ when it comes to obeying the Sabbath? They work all week and then they take a break. Perhaps there are some commands that we hold so tightly to we no longer honor them. Instead, we snap them in half with our exhausting, tiresome grip.

We could learn something from the pagans.

At CrossPoint we already have, and I am refreshed, more focused and so thankful for the expectation that church staff obey the scriptures… it’s called a Sabbath. It’s meant for everyone who calls themselves a follower of Christ.

27 And he (Jesus) said to them, “The Sabbath was made for man, not man for the Sabbath. 28 So the Son of Man is lord even of the Sabbath.”