That may not make sense to you, but it’s a battle cry for me. I’ve always been a techie, so I love gadgets and anything that plugs in. 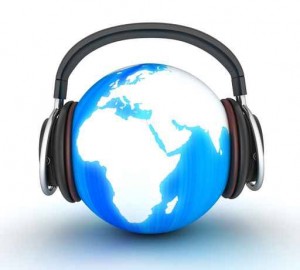 It means I really enjoy a good set of headphones to plug into whatever smart phone, MP3 player or laptop that I have at my disposal.

Several years ago I asked my wife for a good set of Bose over the ear headphones for Christmas. It was a big gift and I really appreciated it. I have been using them consistently since then and give them two thumbs up.

However, endorsing the product is not my point here…

I remember getting them and my preteen children kind of rolling their eyes at me. They’re always respectful, but it’s hard for them when they think their dad is a dork, I know, I remember being in their shoes.

After a little prodding I finally got my eldest to admit what he was thinking. I convinced him that they sounded great, that they were high-quality, and that they were really good stuff. However, he couldn’t get over the fact that they just looked ‘stupid.’

He was absolutely convinced that the only headphones you should wear in public were the little earbuds you stick in your ears, because everything else was ‘just dumb.’

Fast forward a couple of years, as an early teen I remember him asking for a pair of “Beats” headphones. I quietly noticed that they were over the ear headphones, but didn’t say anything as he extolled the virtues of their amazing sound quality, their craftsmanship, and their elegant style.

We were able to find a good Black Friday deal, and that was his ‘big gift’ that year at Christmas.

Fast forward to today… Headphones have once again evolved. Not just into over the ear, but into gargantuan cinnamon roll looking muffins on the side of your head.

Often blinged out with gold or chrome trim, and bulky enough to house a satellite dish on its surface should you choose to install one. They even come with designer motifs with elements like spinners on the side, Darth Vader’s face, or a variety of movie themed implements…

When I first saw these coming into Vogue, I thought they were a joke… Seriously, thought someone was kidding and creating a line of gag gifts.

They look similar to headphones that were around when I was a preteen myself… But those headphones had a built-in FM radio with an antenna that stuck up about 2 feet and were usually connected to a guy wearing jean shorts and rollerskating backwards.

Now I see teenagers with ever decreasing in size devices connecting to ever enlarging headphones. I even see guys and gals walking around the gym with these face-sized, pancake style headphones that you know sop up sweat like a sponge rubberbanded to your face during your workout.

So how did all this happen… my over the ear headphones which are tiny in comparison to today’s standards that have served me well for the last six years are now almost normal looking, nearly sleek.

I don’t get that ‘what a dork’ look from teenagers anymore when I wear them… In fact, they’re hardly noticeable.

It reminds me once again, stuff that doesn’t matter changes a lot, but what matters the most never changes.

Isaiah 40:8 – “The grass withers, the flower fades, but the word of our God will stand forever.”

Hebrews 14:8 – “Jesus Christ is the same yesterday and today and forever.”

Matthew 28:29 – And Jesus promised those of us on His mission, He would be with us “always.”

As we stumble into this new year, make sure your life isn’t directed by fads, your judgment isn’t clouded by social media’s opinions, and that you do have your feet firmly grounded on what matters most.

May this year be the year of the headphones!

Listen to His voice, chase after His holiness, be burdened by what burdens Him and worship Him whenever you get a chance.

Even if your headphones do make you look like a dork