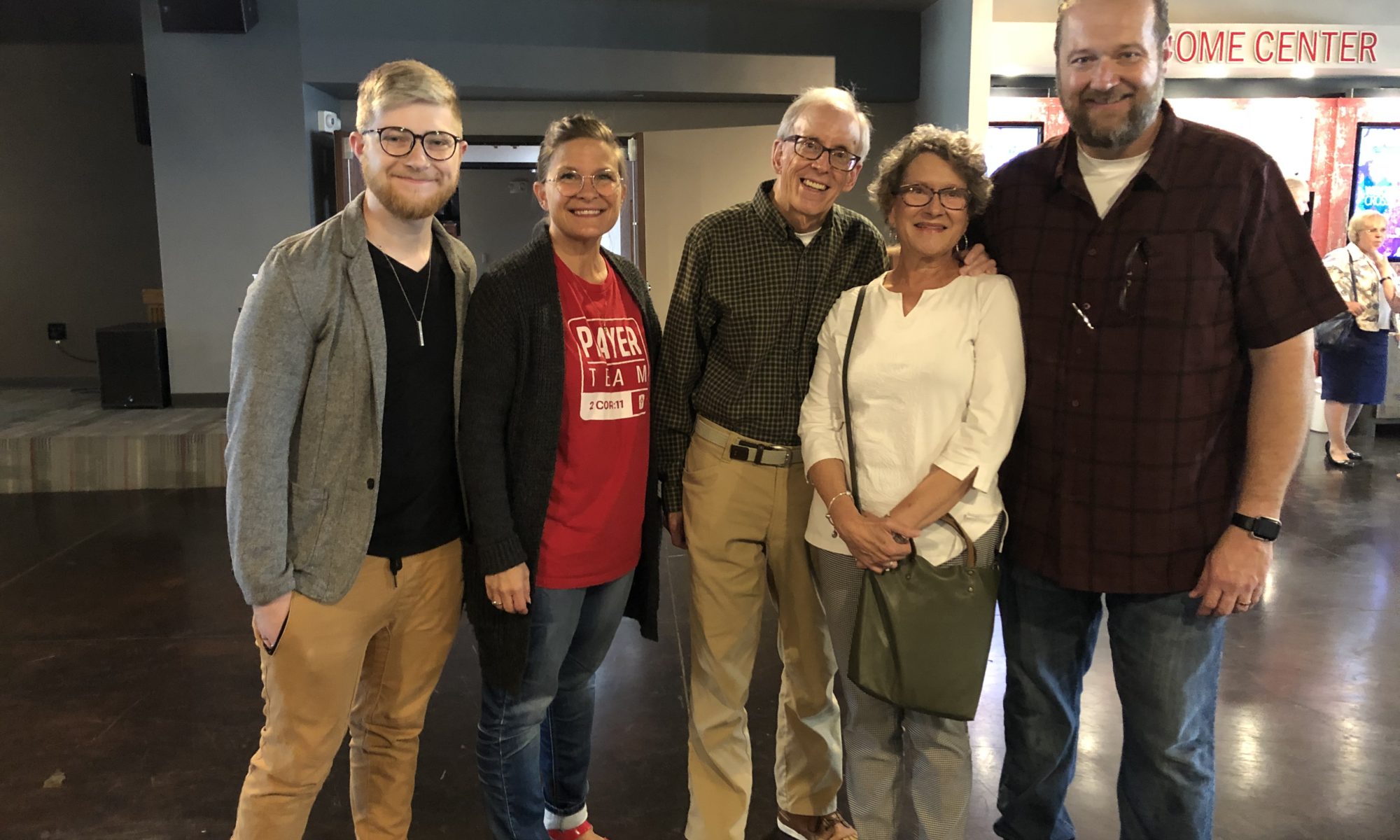 It was one of those awkward moments after a Sunday morning service when a visiting family looks at you and asks if you remember them… Oops.

My mind raced, thinking the faces looked familiar, but I couldn’t place them. After an apologetic wince, I asked for a hint, and then it all came together: he was a former coworker/boss, and she was my middle school speech teacher!

This would probably be a fun moment of reminiscing for anyone, but you have to understand the background here.

As a pastor, I have been speaking publicly and regularly since 1991, but I wasn’t born this way. I am a true introvert, not just self-diagnosed, but testing that way time and again.

I, like others, grew up with a fear of being a public spectacle and having to speak. That’s why the eighth grade was rough when I got bumped out of a physical education class because of an injury and put into the only class left with space that year… Speech and Debate.

I thought I was going to die.

Apparently my self-predicted doom was obvious, but that speech teacher looked at me with compassion and promised me I would live. She permitted me to start slowly but challenged me to move forward. She held the bar high, but as much as any teacher could also held my hand while getting over the bar.

Her husband was a communication professional working as a radio personality for a local station, and he agreed to meet me. Before too long, I had a part-time job working in the same studio.

Speeches, dramatic readings, a spot in the school play, forensic competitions, regional debate finals, spinning records, and reading the weather on a 100,000 Watt radio station… my world had changed!

Now I look back at nearly 30 years of ministry with countless presentations, thousands of sermons, and a life lived ‘upfront.’ I could not be more thankful for that silent cheerleader I called Mrs. O’Connor in the eighth grade.

Many of us today are afraid to do, speak and step into the spotlight. Not always because we’re introverts, or fearful of public speaking, but because we live in such a divisive, hostile, and threatening world.

For those of us who are called believers, we sometimes feel incredibly alone, and even though we know we have the Good News of Jesus Christ to share, it is so intimidating to use your voice in this world.

In those moments, I remember the Apostle Paul, who everyone says was so bold he would charge hell with a water pistol.

I don’t think so.

Several times we see the Lord encouraging him. For example, Acts 18:

“9 And the Lord said to Paul one night in a vision, ‘Do not be afraid, but go on speaking and do not be silent,  10 for I am with you, and no one will attack you to harm you, for I have many in this city who are my people.’ ”

It must’ve been incredibly encouraging to know that he was not alone, that there were allies about him of which he was unaware.

The story is the same for us today! We are part of the world-wide, Body of Christ, and we need to take courage that God has been, is, and will be doing more than we ever knew.

Stand up, speak up, ‘Do not be afraid, but go on speaking and do not be silent’!

Seeing  my speech teacher after service that day was  a reminder that there are those rooting for you, on your side.

She said, “You’re not that scared kid anymore, A+!”

It made my day… now you go and do the same.

You are not alone.

That’s one of those complimentary questions we ask someone to show we are impressed with their performance. Sometimes we ask it in utter awe, legitimately amazed at their display of physical strength, mental aptitude and spiritual perseverance.

They are life skill jugglers, and we bow in respect at their ability to endure, thrive and get it all done.

Other times we ask the question with a hint of disdain. We’re not impressed with them, in fact, we’re kind of ticked!

Here, let me translate. On those occasions, the question “How do you do it?” can be translated in these ways:

*What’s wrong with you?
*You’re going to kill yourself
*Are you sure you should be doing all this?
*Knock it off, dude! You’re making us all look bad.

No one likes the guy who blows the curve, but you have to show them some respect. After all, they are apparently doing better than us. So, we continue to say it: “How do you do it?”
END_OF_DOCUMENT_TOKEN_TO_BE_REPLACED

Where is your hiding place? Wherever it is, is it safe? Is it really a place of refuge?

As believers, we are allowed to have a safe place for difficult times, but we need to make sure it is really the refuge that God intends for our protection and safety.

This quick study of Psalm 11 reminds us of where we need to go when we need a hiding place.

A Little Hide And Seek, Anyone? from Andy Addis on Vimeo.

The Lord Is in His Holy Temple

Psalm 11 To the choirmaster. Of David.

1 In the Lord I take refuge;

how can you say to my soul,

2 for behold, the wicked bend the bow;

they have fitted their arrow to the string

to shoot in the dark at the upright in heart;

3 if the foundations are destroyed,

what can the righteous do?”

4 The Lord is in his holy temple;

the Lord’s throne is in heaven;

his eyes see, his eyelids test the children of man.

5 The Lord tests the righteous,

but his soul hates the wicked and the one who loves violence.

6 Let him rain coals on the wicked;

fire and sulfur and a scorching wind shall be the portion of their cup.

7 For the Lord is righteous;

the upright shall behold his face.

For you regular here at the CrossEyedLife, you know I’m a reader. I don’t just believe in it, I enjoy it (that is, once I got out of school. No one likes reading when they are forced to).

The picture that accompanies this blog is the right hand corner of my desk that several of my ‘loving’ brothers and sisters have offered to file/clean for me. But, I share with each of them that the corner stack, mound, pile, library (proper usage check) is actually not static, but in frequent turnover.

These are the ‘next read’ books and when one is finished another is added. I love reading, learning and growing, and several times I have quoted, or even taught from significant reads. Never, though, have I reviewed a book here at CEL, so, today we make history.

As always, my first recommendation to you is to read, re-read and re-read again the Bible, but I also want to make this recommendation: Primal by Mark Batterson should be a primary read for you in 2010. END_OF_DOCUMENT_TOKEN_TO_BE_REPLACED

Fear is a funny thing. Some of it is good for you. God gave it to you as a way to protect yourself.

For example, when you’re walking down the street and massive pit bull with foam dripping from its mouth comes running at you, your typical response isn’t, “Nice, puppy!”

However, the vast majority of our fears aren’t pit bulls. They aren’t collies, or even kittens. Truth is a good chunk of our fears are like that noise in the basement we  imagine is a serial killer whose been hiding there all day and is waiting until 3:46 AM because of some sick ritualistic obsession of his to come in and pounce on my entire family!

I’ve got some potentially scary days ahead and I just wanted to offer you this children’s camp moment as a reminder to Fear Not.

2 Timothy 1:7 For God did not give us a spirit of timidity, but a spirit of power, of love and of self-discipline.

Now, watch the video below! END_OF_DOCUMENT_TOKEN_TO_BE_REPLACED