It’s that time of year again. Every channel on TV has one of those greatest/worst 100 of the year shows. You can’t turn on the radio without audibly stumbling over a top 40 countdown of every style and genre out there.

It’s just natural at the end of the year to look back and remember before we press on into the new. 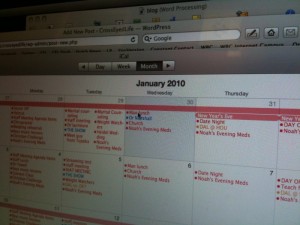 I hate this time of year.

Not just because it contrasts with the Christmas Season (the absolute best time of the year), or even because I don’t like looking back. In fact, it’s just the opposite.

I hate this kind of looking back, because it doesn’t do anything for our future. It’s a waste of time and energy.

I love looking back, but as a ruthless evaluator. I believe there is such a thing as constructive criticism, especially when invited.

This is probably why my circle of intimate friends is so small… hmmm, I’ll have to evaluate that later.

Appreciating and seeking criticism is an art. Unwanted critique, from people who don’t know anything and consider their own opinion too valuable to be kept to themselves need to embrace every human’s capacity to, shut it.

However, trusted relationships with a certain amount of connectivity and some ‘smartness’ about them are invaluable.

For example, I preach the same sermon five times every weekend, and what I start off with on Saturday night is usually not the same thing I end up with on Sunday morning. It’s more refined, figured out and effective (but, at least on Saturday they get the raw unedited version… usually more poo stories).

How does that happen? I watch the video and critique myself overnight, but even before that, I will ask a few people in the first service to listen with a critical ear and meet me between Saturday night services.

It took a while, but they finally started getting honest:

Then the most important step in the process, over Saturday night dinner I ask my wife, “What would you fix?” I don’t put her in a position of “If you love me you’ll think its perfect,” but phrase the question with the expectation that I am looking for some help here.

Over the years she has lovingly encouraged, critiqued and help shape my ministry.

Before the weekend is over slides have changed, illustrations are dropped, new points are created… the sermon is different.

It is important to look back, but only for the purpose of making forward progress. I’ve never been more reminded of that than when I read this verse

Ephesians 4:1 (NIV) As a prisoner for the Lord, then, I urge you to live a life worthy of the calling you have received.

I want to live a life worthy of the calling I have received, but probably like you I often let day slip into day, month into month and year into year with making any real progress.

Whether it is in the spiritual, emotional, mental or physical arena, the best life we can live is one where we make progress. One of my favorite authors is Erwin McManus and he makes this point in two of his books:

“There’s so much talk about potential in our culture, as if it’s the end-all of success. Has anyone ever said about you, “He has so much potential”? If you’re under twenty – let’s give you twenty-five – consider it a compliment. Potential – your untapped or unlocked capacity. Potential – the hint of greatness not yet developed. “He has so much potential” – a statement of praise and maybe even adoration. And, then you’re thirty, and you still have all this potential. Pressing forty and you’re still full of potential. If you’re forty-five and someone looks at you and says, “You have so much potential,” pause, excuse yourself, step into a closet and have a good cry. What once was a statement of promise is now an assessment of lost opportunity. There is a point where you’re not supposed to be full of potential, you’re supposed to be full of talent, capacity and product. Potential is a glimpse of what could be, yet there must be a shift from where we have potential to where we are potent.” – Erwin McManus from Chasing Daylight

“You’re not supposed to die with your potential. A life well-lived squeezes all the potential placed within and does something with it.” – Erwin McManus from Uprising

Maybe these quotes impact me more than most because I am knocking on the door of 39, but for whatever reason I don’t want to have potential anymore. I want to be potent.

So, how do we get there? How does 2010 become a year ‘worthy of the calling we have received’?

Whether you are needing to whip your body into shape, change your financial direction, move out big time in your career, or need to take some spiritual mountains, here are some simple Biblically based steps to doing something with our lives.

1. Evaluate – this is essential. Look back with a critical eye, and even involve others if its helpful. Be brutally honest with yourself and about yourself. We tend to grade ourselves on  curve, and when we do we often grade out higher than we ought. There is nothing wrong with failing yourself in certain areas. It doesn’t mean you are a failure, it means you are smart enough to know what to fix. The Apostle Paul did this:

Acts 15:36 (NIV) Some time later Paul said to Barnabas, “Let us go back and visit the brothers in all the towns where we preached the word of the Lord and see how they are doing.”

After re-reading this verse, take a minute and think about the letters he wrote to those churches. Some were encouraging, some were instructional, and some chewed out the churches nastier than Coach Mangino in the locker room at half time. Ok… maybe not that bad. Paul, and Apostle of the Living God, evaluated his work.

Grab a notepad, some prayer time and a bottle of “Real Honest, Real Quick” and ask yourself the hard questions: What am I doing right? What am I doing wrong? Where have I stalled out? Do I already know what to do? Why haven’t I done it? What do I work on right now?

Psalm 20:4 (NIV) May he give you the desire of your heart and make all your plans succeed.

This is often read in a way that God endorses you and makes your plans work, but that’s a backwards entrance into this verse. More aptly translated, may you seek God so that He will give you the desires that are in His heart. In other words, seek Him and His desires will replace your desires. Then its a no brainer, He’ll make your plans succeed. For example, my kid wants a pop with dinner, but I want him to have milk. He’s going to get what he wants as soon as he starts wanting what I want for him. Only then will he succeed. Milk… does a body good.

3. Plan – without it, well, that’s just stupid. Two main mistakes in this area. One, some want to be so open to the Spirit of God and flexible to follow His leadings they don’t follow Him in the plethora of verses which say, PLAN! Two, we are so full of good intention and desire that we fail to plan because we are preparing to plan.  Example: we want to loose weight so we pray about it, google it, read about it, and talk about it, but never pick a course of action. We have so much information and desire that we are afraid to make the wrong plan. It’s called paralysis by analysis.

You’ll probably never have the full story or all the best resources, but what you do have, use! Take everything that you’ve got and make the best plans that you can.

4. Set Goals – don’t be chicken. Many avoid this because they are afraid of failing. I have two significant help for you in this area. One, you might fail, big deal. This will give you something to evaluate before 2011. Failure is so much better than doing nothing, just make sure you fail-forward. Failure is actually a success when you fail in the right direction (credit to John Maxwell). Second, make your goals are God-Sized goals (credit to Rick Warren). If you actually make your goal you probably set it to low and where is the failure in that.  Life is about progress, not completion. The latter can also be defined as death… not it!

Luke 14:28-31, (TLB) “Suppose one of you wants to build a tower. Will he not first sit down and estimate the cost to see if he has enough money to complete it? For if he lays the foundation and is not able to finish it, everyone who sees it will ridicule him, saying, ‘This fellow began to build and was not able to finish.’ Or suppose a king is about to go to war against another king. Will he not first sit down and consider whether he is able with ten thousand men to oppose the one coming against him with twenty thousand?”

Even Jesus encourages us to have a plan and set goals. Without it you get nowhere and have nothing to evaluate. To live without goals is to establish your life theme song as ‘Hakuna Matata’ and who wants to live with a warthog and a meerkat for the rest of their lives. It’s a great philosophy for a Disney cartoon and a horrible way to live a life.

5. Activate – the final frontier. I love almost all things sci-fi and even enjoy the variety of shows connected to the Star Trek genre. But, my absolute favorite one-worder from the show is from Captain Jean Luc Picard. The course is plotted, the crew is alert and the mission before them. It’s at this moment the captain says, “Engage.” Yes! Enough with the planning and prepping, it’s time to do something even if it is a trip into the scary unknown. Where does the Bible back this up? Where doesn’t it:

I believe Jesus says, “Engage.” It’s important that we evaluate, seek God, plan and set goals, but it’s all pointless if we don’t do something.

Take that first step, the rest get easier… sometimes. Either way, it’s worth the trip.

May 2010 be a year of no regrets as you live a life worthy of the calling you have received.

Remember, if you make an impact, you’re going to leave a mark.