Skip to content
On this Veterans Day I have a confession to make. 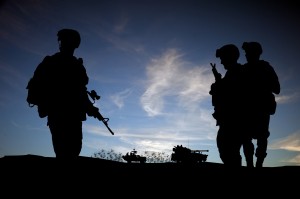 My confession? One of my greatest regrets in life, at the point of being a 43-year-old husband, father and pastor, is that I never served in the Armed Forces.

For me, I feel that I missed an opportunity and did not offer everything to my country and my family that I could have. Perhaps, that’s why I am even more moved by the service and sacrifice of these incredible warriors.

I know in the last couple of years there has been a debate, specifically whether or not we should call all our soldiers “heroes.” I think that debate is one of the biggest wastes of conversational energy I have ever experienced.

I remember the first time I heard such a conversation was in 2012 on MSNBC with TV talkshow host Chris Hayes saying he was “uncomfortable” calling fallen veterans heroes. If I can be honest, I was uncomfortable just listening to him make that statement.

I know the background of his argument was the fear of an unthinking population justifying the morality of war. But, the truth is that his underlying philosophy had nothing to do with morality, but had everything to do with his politics.

I’m not usually the kind of guy to go negative, so please hear this as a rational argument to be processed and thought through. While I know you have the right, I don’t think it is responsible for you to question the heroism of our fallen soldiers as a TV talk show host until:

Instead of wrapping myself in the flag, I’m standing behind it and behind the men and women who have preserved it so that I am protected by it.

And, tonight I will go to bed and sleep in peace not worrying that someone will come knocking on my door to harass me, imprison me, or take from me because they did not approve of the content of what I write, say or believe.

It’s by that very same protection, that politicians, pundits and people of all persuasions can continue to say the most asinine things and even disparage those who have served. All under the great irony, that they have been hand delivered that privilege by those whom lived, served, suffered, sacrificed and died for them.

So, on this Veterans Day. Thank you all who served and are serving and will serve.

May God bless you, your family and our country.