There are perennial issues for pastors and those in church ministry. One of those is “What do you do with Halloween?” 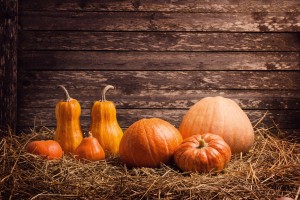 The question is always loaded and either comes from the perspective of “You better not do anything with it you punk pastor or you’re going straight to hell!” or “You’re not one of THOSE churches that hate kids and fun stuff, are you?”

Not kidding, those have been real conversations over the years.

The church where I pastor does not celebrate Halloween, but we do a bang up job of a community-wide fall festival. And, before both sides of the debate start labeling me a compromiser, take a chill pill and find some satisfaction in knowing that I don’t agree with either of you.

There… is everyone happy?

I think there is a third place between pharisaical legalism and cultural domination… I like to think that place is called the Gospel.

But, since this is a perennial issue, I have already written on this issue (about 6 years ago) and decided to repost. Hope its helpful, and know that I love you no matter what side of the debate you are on.

I’m just thankful you are a thinking, wrestling believer!

It’s that time of year again. Yes, one of the scariest times of the year. When people from all over gasp in horror, and shriek out the ghoulish question… “Is ok to celebrate Halloween, to trick or treat?”

The answer: No. if you dress your children up as ballerinas, or Star Wars Jedis you are going straight to hell, do not pass go, do not collect $200 dollars.

That was the trick (aka: a joke), now are you ready for the treat?

As a pastor I get asked the Halloween question a lot, but I am always amazed that I don’t get asked the question about the other holidays. That’s why I was glad to get this question from my friend AJ on FACEBOOK:

Why do we celebrate ‘Halloween’ and how much of it has anything to do with religious, social and/or cultural (if any) rituals; how much of it should be practiced and what should be avoided based on today’s ‘trick-or-treat’ experiences (including negative impacts [if any]).

Why do we celebrate ‘Christmas’ and what is the essence of this occasion in respect to again; religious, social and/or cultural (if any) rituals; what should it be preached as; what should be the basic preaching in such occasions.

Good stuff… let’s give it a shot.

The big issue is, we want to have fun, but we don’t want to be pagan. So, we’re constantly asking ourselves questions like: are Christmas trees ok? Do Easter eggs have anything to do with Jesus? Is it wrong for me to offer human sacrifice to the ancient god Molech? (yes, no and YEEEESSS!)

The truth is almost every holiday on our calendar has pagan links to some degree because of something called syncretism.

Syncretism is a planned, or unplanned, combining of two into one, usually for the purpose of eventual absorption. In other words, over the years (thousands of years to be less than precise) Christianity encountered numerous pagan belief systems and there were some serious conflicts in thought and philosophy.

As Christianity became the dominant global force and absorbed those cultures and pagan systems, many of their beliefs/holidays were synchronized into the Christian calendar as well. Thus, syncretism:

Christmas: An absorption of a pagan seasonal change celebration of the winter solstice. Almost every ‘traditional’ holiday element of this festive season has a pagan root that the church reworked to have a Jesus meaning: the Christmas tree, the Yule log, candy canes, etc.

Easter: An absorption of pagan fertility festivals replaced with the imagery of a reborn/resurrected Jesus. Since this holiday was replacing fertility celebrations it’s no wonder we continue to see fertility symbols associated with it like rabbits and eggs in the Spring time!

Halloween: An absorption of a pagan day of the dead created by Celtic people about 2000 years ago, converted by the church nearly 800 years ago to be a day to honor the memory of the saints and martyrs. October 31 being All Hallows Eve (pagan) and November 1 being All Saints Day (Christian). The costumes, trick and treating and decorating are all throw backs to the original pagan celebration.

The truth is that almost every holiday we have is a syncretistic expression of something pagan turned Christian.

At first, the believer might be horrified and stopped dead in their tracks by this information. Your first thought might be to go the route of my best friend back in grade school.

I never knew why, but every time we had a birthday party, Christmas party, Halloween party, or any celebration he had to leave the room. He was Jehovah’s Witness and there was no partying for them (yet, somehow he always ended up getting some really cool, big toy for no reason in late December… guess even JW’s have some cool grandparents).

But, avoidance, that’s not the answer.

Christmas may have originally celebrated the alignment of the planets, BUT NOW it’s about the coming of our Savior Jesus Christ. So, wrap those materialistic presents, stick them under that pagan tree and sing those secular songs, baby. Just remember the reason for the season.

Easter may have originally celebrated a fertility festival, BUT NOW it’s about the resurrection of Jesus Christ. So, pet a bunny, find and egg and sing at the top of your lungs, “JESUS is Lord.”

Halloween may have originally been about death and fear, BUT NOW it’s about new life and sacrifice for the believer. So eat some candy, put on a fun costume, and… eat some more candy.

Syncretism had two purposes, a negative and a positive.

The negative was to wipe out the pagan influence that was drawing people away from a loving God and cover over its effects with the Good News and message of Jesus Christ. Replacing it’s old ways and patterns with the news ways and patterns of Christianity for these converted pagans. It was a way to make their conversion and spiritual transition as smooth as possible by adding Christianity to their lives wherever possible.

The positive was even more exciting. In every culture and religion it seems there had been glimpses of what God had been doing in Christ’s redemption story even before they heard about it. Foreshadowing, tremors, future echoes of the Christ story that would prepare that people group to hear and recognize the message of Jesus and the cross when it came to them.

In one culture the Epic of Gilgamesh tells of global flood as God punishes a corrupt world, in another the blood sacrifice of a bull is splashed on worshipers and they sing “by the blood we are made clean,” and on and on. In these cultures, syncretism does not cover over their expressions of worship, but shows them what they have been looking for all along. The process of syncretism aligns their faith with the Jesus story.

It finishes the journey they had begun.

Which brings us back to the beginning: “Is ok to celebrate Halloween, to trick or treat?”

The key is in answering this question: will we celebrate these holidays with care?

Use the holiday like our Christian ancestors did. It may be pagan in nature, but take it back in Jesus’ name, ascribe a meaning to it that honors our God, and celebrate in a way that brings life to the Body!

Here is some practical advice, not legalistic standards, just some thoughts the way we apply them at our house:

With all that being said, if you live in the Hutchinson area, let me invite you to our faith community’s Fall Festival this Friday night from 5-9 pm at the State Fairgrounds (these are the right time for 2014, just FYI).

We call it a Fall Festival because we don’t believe in that Halloween garbage… Just kidding, just kidding!