I love Santa, reindeers and claymation movies, but they are all a distant second to my absolute favorite part of Christmas… The story of Jesus. 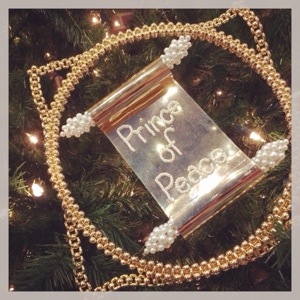 Despite the fact that I grew up with a loving mother who would do anything in the world for me, I did not grow up in a bible believing home. It just wasn’t a part of who we were.

My decision to follow Christ is a reflection of understandings that I came to as a young adult and followed through in my adult life. And, one of the reasons I was able to come to those conclusions was the fact that ancient prophecies were actually fulfilled in the person of Jesus Christ.

Many people know the major prophecies as in Micah (Chapter 5) who predicted that the Savior would be born in Bethlehem. Or, Isaiah (Chapter 9) who the told us a virgin should be with child and we should call his name Immanuel.

But, just as an encouragement to my fellow believers who want to enjoy the season, but also see their faith strengthened, has anyone ever told you the Christmas story exists in another Old Testament book of prophecy written hundreds of years before Christ called Jeremiah?

Let me show you what I’m talking about. Jeremiah was known as the weeping prophet because he had the horrible task of telling the nation of Israel their rebellion would cause them to go into a period of discipline. The country would be torn apart and life would be miserable.

But, he told them to have hope for the future and faith in their God. That their Father had promised he would make things right. After our sin had separated us from God, He would return and restore us.

Here was the first sign he was going to make things right:

Jeremiah 33:10 “Thus says the Lord: In this place of which you say, ‘It is a waste without man or beast,’ in the cities of Judah and the streets of Jerusalem that are desolate, without man or inhabitant or beast, there shall be heard again 11 the voice of mirth and the voice of gladness, the voice of the bridegroom and the voice of the bride, the voices of those who sing, as they bring thank offerings to the house of the Lord:  ‘Give thanks to the Lord of hosts, for the Lord is good, for his steadfast love endures forever!’ For I will restore the fortunes of the land as at first, says the Lord.”

Basically God is saying that after everything has been deconstructed and the community has been devastated, He will once again restore the land to a place of beautiful things like weddings and families and life reborn.

Jeremiah 33:12 “Thus says the Lord of hosts: In this place that is waste, without man or beast, and in all of its cities, there shall again be habitations of shepherds resting their flocks.”

Shepherding is a delicate profession. It really doesn’t take place during times of chaos, war and tragedy. There needs to be a significant amount of peace for shepherds to maintain flocks. Jeremiah is telling us that the Lord promises a time in which shepherds can watch their flocks by night once again.

He then gives a third promise of God restoring His people, and this is the big one:

Jeremiah 33:15 “In those days and at that time I will cause a righteous Branch to spring up for David, and he shall execute justice and righteousness in the land. 16 In those days Judah will be saved, and Jerusalem will dwell securely. And this is the name by which it will be called: ‘The Lord is our righteousness.’”

You got it! It doesn’t take much to figure out that this promise is about Jesus, our Savior and Messiah, and the He would come! After all the trouble the people of Jeremiah’s day would go through there was a promise that God would make it right.

Let’s get this right… The promise would be accompanied by a couple of signs. First, young married’s would again appear on the scene and family life restored. Second, there would be enough peace for shepherding to again be known in the countryside. Third, God himself would return as Savior and Messiah to bring peace on earth.

In Luke 2 we find the Christmas story. Mary and Joseph a new young couple heavy with child arrive in Bethlehem as they are starting their new family, when the time comes for the birth. Angels make the birth announcement to shepherds keeping watch over their flocks by night in the nearby countryside. Their announcement is that the Christ has been born, a Savior has been given.

And it’s easy to see… God gave us the Christmas story hundreds of years before it happened. In the Old Testament book of Jeremiah, there was a promise that He would make things right.