When Christ died on the cross, He defeated hell, death, and the grave, but those were the generals in the army of our enemy. At their destruction also came the crushing of their foot soldiers.

Christ devasted lust, pride, hurt, anger, greed, doubt, loss, pain, fear, laziness, unforgiveness and everything else that has ever tied me up and abused me! My enemies have been defeated and because Christ shouted from the cross “It is finished!” they are defeated with finality.

Jesus crushed those sins in my life, and I thank you God for that victory, that grace, and that hope. The only time I can every be imprisoned by them again is when I walk into their camp, sit in their prison and close the door myself.

So, I have three requests:

First, forgive me for the many times I have handed myself over to a defeated enemy.

Second, train and mature me so that I may never be bound again by defeated foes.

Third, let me remember to thank you every day that Jesus has already won the war.

Father, help me to walk in reality. Let me feet follow the path of freedom that you have already created. 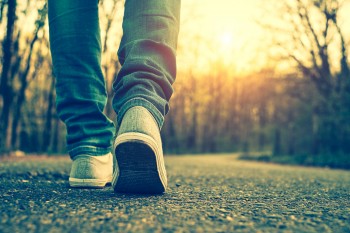