I have a love hate relationship with my IPOD.

More than 8000 songs from classical, to 80s, to Bluegrass, to Heavy Metal (Christian, of course), to audiobooks, to podcasts/sermons, to some stuff I can’t even begin to apply genre too.

Then there are days worth of video (seasons of Dr Who for me and Spongebob for the kiddos), games, pictures and even text files. 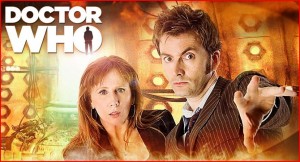 I have the 160 GB Classic monster… that’s the part I love.

The part I hate… trying to listen to it in my car.

I have tried nearly a dozen of those little wireless FM transmitters only to be dismally disappointed every stinking time!

I plug it in, turn it on and tune it up expecting to hear that crystal clear digital joy. But, what I get would make a leisure suit wearing, El Camino driving, eight track aficionado smirk at me with disgust (sorry to all your dads).

And, on the rare occasion that I do get a halfway decent signal, heaven forbid that I drive anywhere! You’d think we live in some megapolis and not the naval above the buckle on the Bible belt with the amount of radio stations crammed onto the dial.

I love the IPOD, but I hate the bad connection I have with the car stereo. It’s like I’m getting mixed messages all the time.

We’ve started a summer book study in our church looking at Ephesians and I’ve been studying Paul, the author’s life, and how he connected with the church at Ephesus. This dude was a traveler and he put more road miles on his camel in a year than most moms put on a minivan in a lifetime.

Yet, as he made his travel plans, I seem to sense the radio dial fading in and out a bit. I’m getting some mixed signals.

How did he make those judgment calls?

In the area of Acts 16-17 he runs away from trouble and persecution in Thessalonica and Berea, and the believers in those places help him escape. It would have made for some great Billy Graham movies.

But, in Acts 20-21 he turns around and runs smack into the fire! In this episode, Paul had been stationary for longer than he had been almost anywhere. He had been in Ephesus for almost 3 years, but he decides to leave and go to Jerusalem where the believers where being imprisoned, tortured and killed.

Dude, that’s note even a lateral move. You really need to talk to your agent.

But, here’s where the mixed messages get really weird.

Here’s how Paul said goodbye to all his friends in Ephesus:

﻿22﻿ “And now, compelled by the Spirit, I am going to Jerusalem, not knowing what will happen to me there. ﻿23﻿ I only know that in every city the Holy Spirit warns me that prison and hardships are facing me. ﻿24﻿ However, I consider my life worth nothing to me, if only I may finish the race and complete the task the Lord Jesus has given me—the task of testifying to the gospel of God’s grace. ﻿25﻿ “Now I know that none of you among whom I have gone about preaching the kingdom will ever see me again.

What a downer… “I’m leaving, it’s gonna be miserable and I’ll never see you again… well, see you in heaven!”

Then on the road to Jerusalem Paul ran into a prophet. Check this out:

﻿10﻿ After we had been there a number of days, a prophet named Agabus came down from Judea. ﻿11﻿ Coming over to us, he took Paul’s belt, tied his own hands and feet with it and said, “The Holy Spirit says, ‘In this way the Jews of Jerusalem will bind the owner of this belt and will hand him over to the Gentiles.’”
﻿12﻿ When we heard this, we and the people there pleaded with Paul not to go up to Jerusalem. ﻿13﻿ Then Paul answered, “Why are you weeping and breaking my heart? I am ready not only to be bound, but also to die in Jerusalem for the name of the Lord Jesus.” ﻿14﻿ When he would not be dissuaded, we gave up and said, “The Lord’s will be done.” ﻿15﻿ After this, we got ready and went up to Jerusalem.

Talk about your weird moments, a prophet shows up, strips you and uses your own clothes as an object lesson… God says this trip is going to end badly. But, Paul still went head first into the fire.

Wasn’t this a mixed message. No, not really.

Read carefully, the words of the prophet were not telling Paul to turn back, they were just preparing him. All those with him (guys like me) heard the prophet say, “This is your last warning! Go back to Ephesus where the ministry rocks, your friends are cool and, oh yeah, you won’t be tortured and killed.”

What Paul heard, “The same tough thing I called you too back in Ephesus is still waiting for you. Are you still in the game?”

Paul’s response… I’m in it to the end.

Sometimes Paul ran away from the fire, and sometimes he ran into it. He wasn’t schizophrenic or impulsive… okay maybe he was a little fanatically impulsive with a touch of ADD, but still, whether he ran away or ran into danger he did so with clarity and purpose.

There were never mixed messages for him, no stations bleeding across one another to drown the others out. Paul was tuned into KGOD all day, every day.

So, following God into the face of danger was no problem, he only had one station he was listening too.

My problem is that I have way too many stations programmed into my dial: KGOD, KSLF, WIME, WORY, KIDS, WJOB, KMNY, and a thousand others.

I try tuning into KGOD and all of a sudden I am singing a different song.

The question is, why are you running?

Is it because of mixed signals?

If we could just tune into God and filter out all the other ‘stations’ we could do the easy and the hard with confidence. So, make it your practice to know what you’re listening to and tune out all the rest.
﻿﻿

My sheep listen to my voice; I know them, and they follow me.